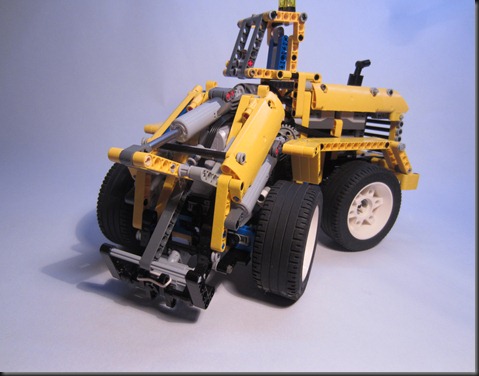 This is my first Lego Technic MOC project since I was around 13 (around 13 years ago). 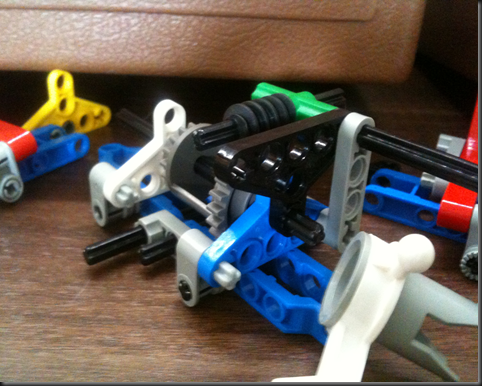 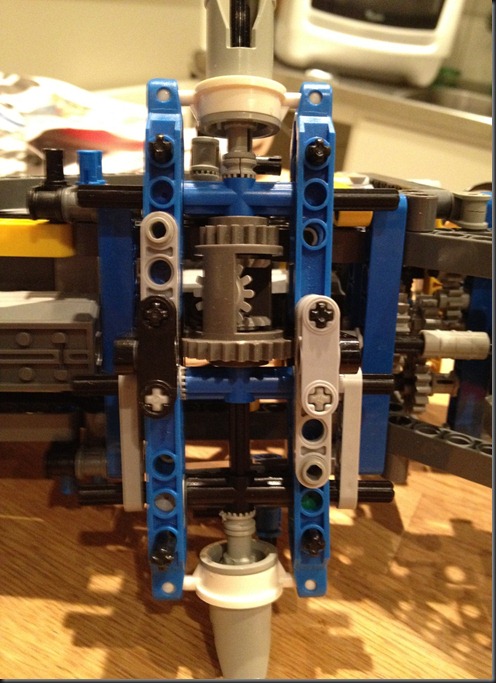 For the suspension I used a modified variant of the suspension from the 8880 Super Car. The lift arms is turned 90 degrees to increase the ground clearance. The drive chain is also quite simple, A motor in the end driving the differentials using a worm gear. The drive train also works as the hinge for the rear pendular axle. 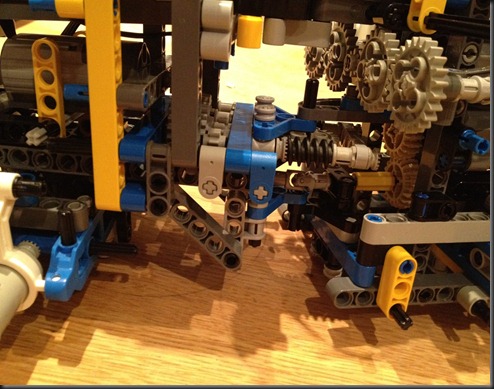 The next problem was the “waist”´which naturally are exposed to quite high forces. Typically you would use linear actuators for steering, however I was unable to fit them in a good way, hence the solution was to use a gear statically fit to the front body and turned by a worm gear on each side (to prevent the worm gear from slipping on their axles). This construction turned out to be quite strong and worked well. In the picture you can also see the U-joint for the drive train. 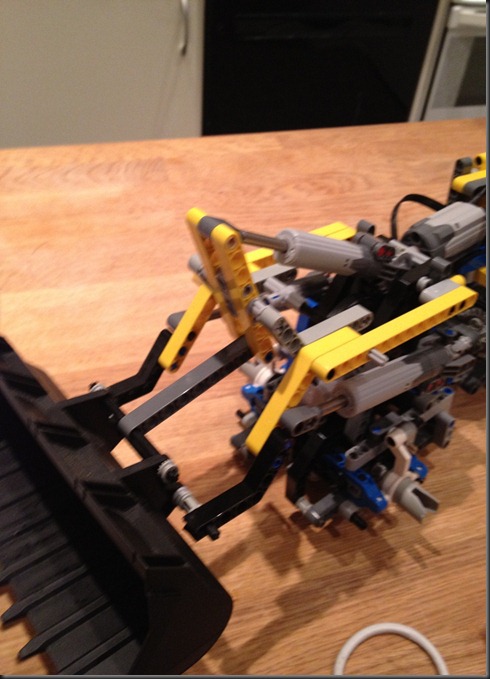 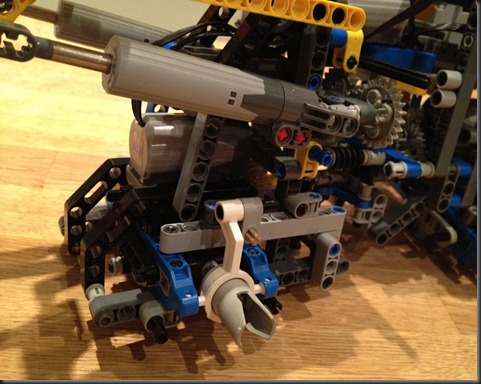 The biggest problem was to design the geometry of the liftarm. I wanted the bucket to be tilted upwards when the acutator is extending. The opposite would be much simpler to implement, but in reality, you would prefer that extending the the hydralic cylinder would tilt the bucket upwards since the hydralic cylinder is much stronger in pushing compared to pulling. However this increases the complexity of the liftarm. In the end I grabbed the geometry from Lego’s own liftarm from the 8265 set (it looks like more or less every technic wheel loader MOC uses that geometry). 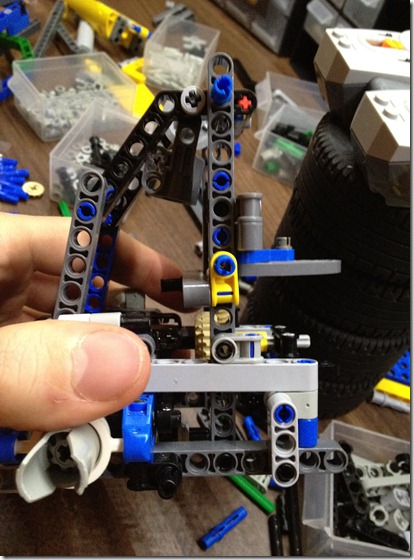 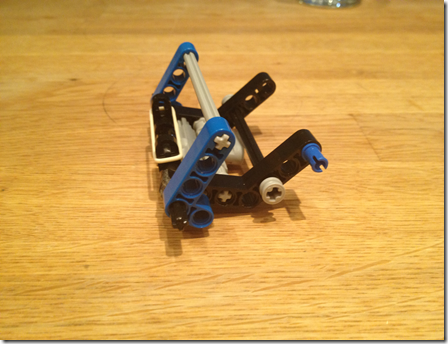 The attachment bracket. The black beam is attached to the liftarm while the blue ones is used to connect the appliance, for example a bucket or forks. At the back under the black axis you can see a brick, that when it turns, it pushes two axis out at both sides at the bottom of the blue beams and locks the attached appliance. . 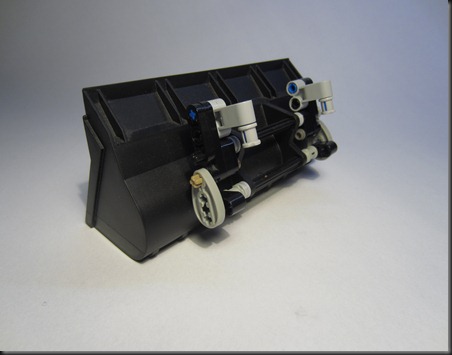 The Lego bucket modified to fit my attachment bracket. 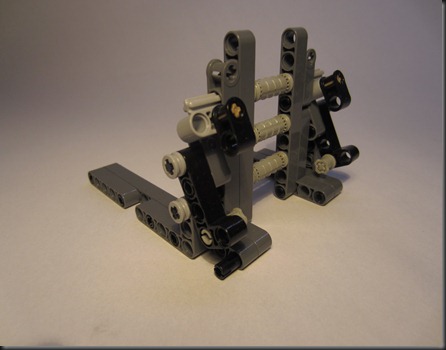 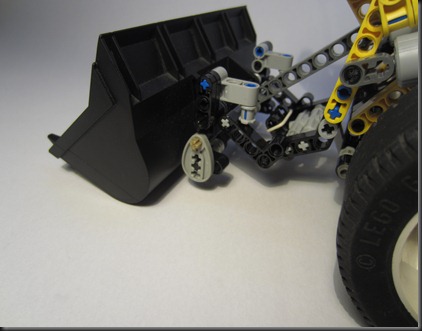 In the video beneath you can see it in action loading pellets. 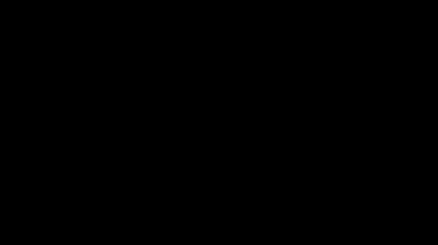