Designing a complex Lego Technic model requires a lot of planning, thinking and building. I left my "dark ages" during the summer of 2010. Since then I have recurrent periods where I build a few hours every week. However, within those I periods, I find myself completely stuck. In this article I will give you my best tricks for fluent building!

I decided to deal with this and started to analyze and improve the work process of building MOC:s. The main goal has been to make the building more fluent and enjoyable.

You get stuck when you just don't know how to continue or you have too many options to solve a problem, but have no idea which would be the best with respect to the rest of the model.

To ease such dilemmas and making the building more fluent I have thought out a few techniques, some apparent and some maybe less apparent. The following techniques have prove efficient:

- Get the goals straight
- Modularize
- Iterate!
- Give up

Get the goals straight 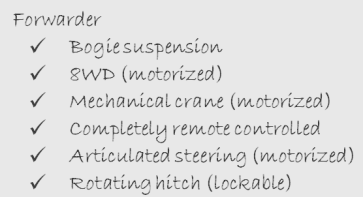 My goals for my forwarder model

When the goals, functionality, scale and measurements are set, break the model down into natural modules that can be developed relatively independent from each other. Typical examples are axles, engines, liftarms etc. Determine which module will be the hardest to build and start with that. It will give you on hand whether the model is at all possible to build in the chosen scale. 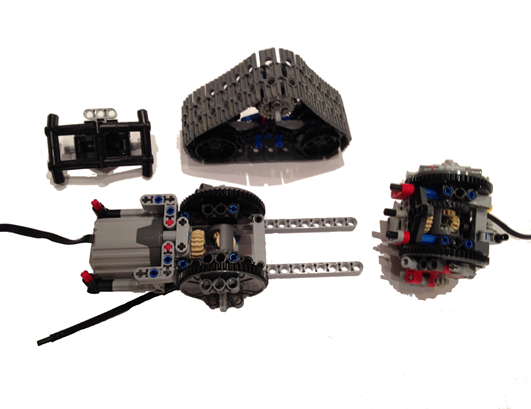 Some of the independently developed modules for my current project.

Focus on getting a working prototype with the most important functionality as fast as possible. Continue building even if you feel that you don't always get the best solution. A bad solution will lead you to a better solution much faster than not building at all. Furthermore, what seems to be an excellent solution at one point, often has to be abandoned later because it won't work with the design of the rest of the model. Through this method you will find such limitations much faster.

When the first prototype is ready, you can easily see which solutions are worth keeping and which are not. It will probably also tell you quite apparently what changes are needed. In this way, you don't have to disassemble the entire model 10 times just to make a slight change in the inner core of the model.

Getting a working prototype early in the process will also give you valuable input on where to put volume consuming parts such as the IR receivers and the battery pack.

If you have enough pieces, start building a new version of the model from scratch while keeping the previous prototype intact. In that way you can easily rebuild the parts of the model you are happy with. You will be surprised how fast you will have the next prototype ready, and how much better than the first one it will be. I usually rebuild a model entirely 4-7 times until I am satisfied with the scale, design and functionality. 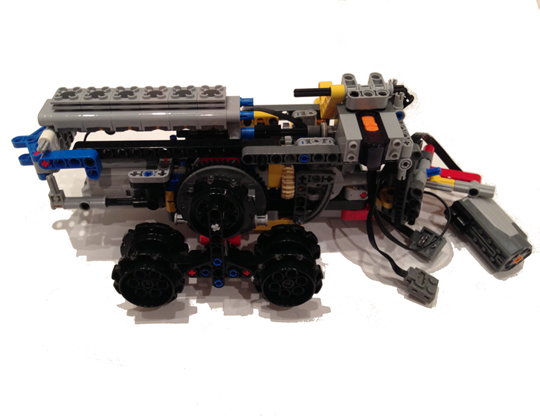 Second prototype of my current project.

This one is optional. Some projects are you too hard, too boring or too overwhelming. In such case, remember that Lego is just a hobby. Put it on a shelf and start a new project. Maybe the model is not finished but you surely had one or two good ideas or solutions in the project, share them with community before putting it on the shelf! 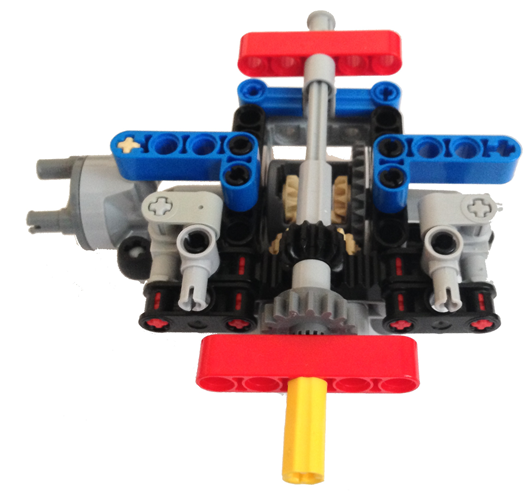 A nice idea for a driven and steered axle made for pendular suspension from a failed project.